On 29 October 2019, the Governor of St. Petersburg A. Beglov on behalf of the President of the Russian Federation bestowed national awards in Smolny. Many years of dedicated work were duly noted as  TIRA Corporation Managing Director’s  multiple accomplishments were recognized at the highest national level!

A. Beglov noted that talented and hard-working St. Petersburg residents greatly add to the glory of the city. He added that we are in the same team — the team of the city.

Dear Saveliy Zhitomirsky!
We are proud to work as part of your team! Our congratulations on this outstanding award! We wish you strong health, further success and new accomplishments.

The Russian Federation Presidential Certificate of Honour is bestowed by the President to the public officials, eminent persons in the domains of science, culture, art, education and sport. The certificate is also awarded to outstanding public figures and representatives of the business community, as well as to the citizens of the Russian Federation who made a great contribution to the state. 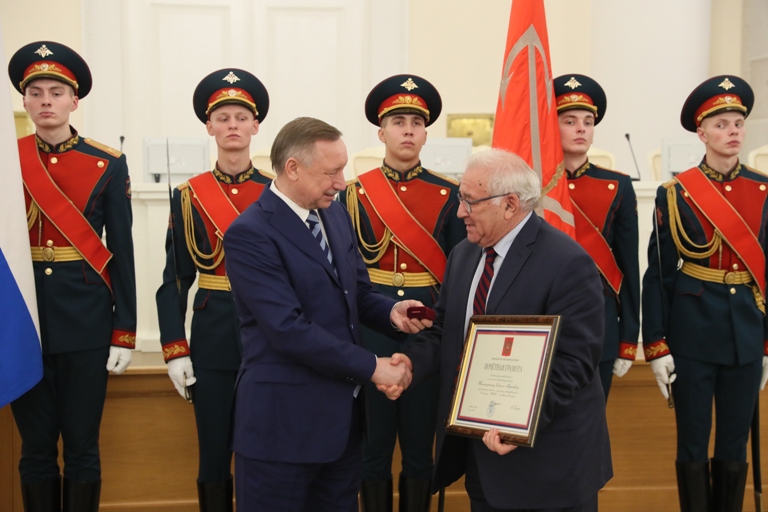 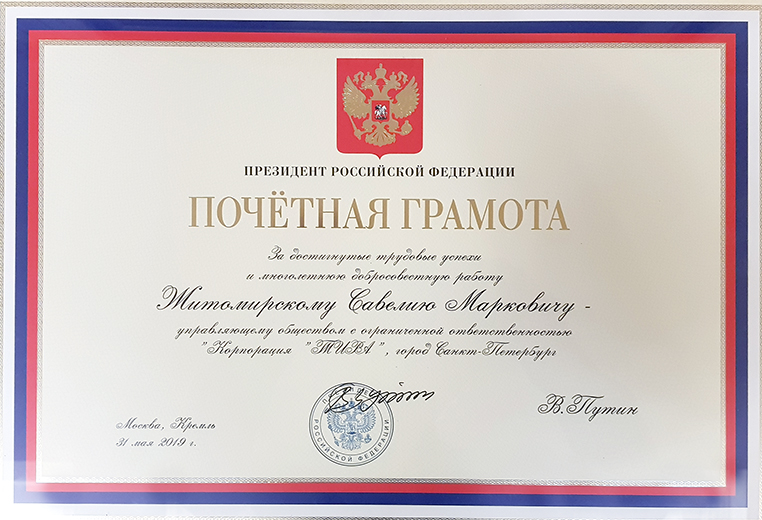